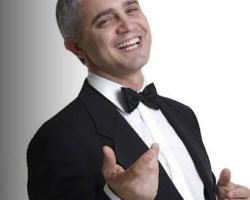 Danilo Vizzini is an actor, a comedian,
impersonator and a singer with a solid rock,
blues and jazz experience, even though his
biggest passion revolves around Italian music.